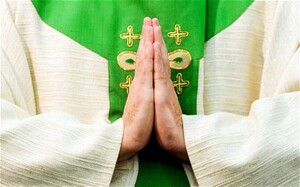 Some 15,000 abuse victims are expected to receive compensation from the State’s Residential Institutions Redress Board with the bill expected to reach €1.47billion.

Under an indemnity scheme, and following proposals from the 2009 Ryan Report, the Government has been pushing for the cost to be split between the State and the 18 offending religious orders, on a 50:50 basis.

However just one of the orders has accepted this.

Last Friday, at the unveiling of a memorial for victims of clerical sex abuse in Dublin, Education Minister Ruairi Quinn said the pace at which congregations were signing up to a 50-50 contribution with the State in compensating abuse victims was “very unsatisfactory”.

Patsy McGarry, of the Irish Times, noted: ” (Quinn) had no “desire to bankrupt” the congregations, “all of which are ageing”, but noted that “they do have substantial health and educational structures” under their control.”

This morning The Irish Examiner, reports that the orders are €400 million short.

And as has already been reported one of the obstacles facing the State is that the church has been placing assets into trusts.

In April of this year Katherine Donnelly, of Irish Independent, wrote: “Mr Quinn now wants the orders to hand over the deeds of schools and medical facilities to finally settle the deal on compensating victims of abuse in residential institutions.
However, it may prove difficult to implement the handover of deeds as many schools controlled by the orders have been placed in trust and are no longer in the ownership of the orders. Trusts are complex legal entities, and NUI Maynooth law lecturer Neil Maddox said that the Government was facing a “legal headache” on this front.”

In May of this year, Carl O’Brien, of Irish Times, wrote:“In order to address the shortfall, Minister for Education Ruairí Quinn is seeking to negotiate the transfer of school infrastructure owned by 18 religious orders to the State.These talks are ongoing. However, religious congregations have moved many schools into trusts, making it difficult to transfer them into State ownership.”

Which is what is getting the Quinn family into so much trouble.

In 2009, a study, headed by NAMA Boss Frank Daly, found the 18 congregations had assets worth €3.7billion.