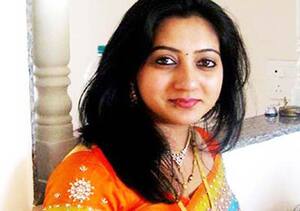 Today marks the fourth anniversary of the death of Savita Halappavanar.

Miscarrying and denied a termination for medical reasons on grounds of legality, Savita’s requests to Galway Maternity Hospital were met with the now-infamous refrain of “this is a Catholic country”.

The following four years saw initial outrage at her treatment solidify into a sustained pro-choice movement, mobilising and campaigning with increasing visibility for a repeal of the Eighth Amendment.

Savita Halappanavar died on this day 4 years ago in Galway University Hospital. She died in suffering and in pain, because she was pregnant, having been denied basic medical care she and her husband Praveen repeatedly requested.

Nora Hyland, Bimbo Onanuga, and Dhara Kivlehan are all names of migrant women who’ve died in or after pregnancy in recent years in Irish maternity hospitals who should be alive now with their children. Only a few months ago Malak Thawley died in an operating theatre of the NMH after basic surgical equipment “could not be found” to stop her bleeding to death.

Our maternity service is not a sufficiently safe place for migrant women, Traveller women, and women of colour; the denial of access to abortion in it only renders it more so, as demonstrated most recently and horrendously with the barbarities the Irish state perpetrated upon Ms Y.

I remember #Savita and I remember the tears I cried for her on hearing how she was left to die unnecessarily. I remember Bimbo and how she was told she was exaggerating the pain which was a symptom of the uterine rupture she later died of, and how it took her partner and AIMS Ireland THREE YEARS of fighting to even get an inquest opened into her death.

I remember Nora Hyland and how she died of a massive cardiac event after waiting over 40 minutes for a blood transfusion that never came, and with three times the recommended dose of Syntometrine in her body, a component of which is known to have adverse cardiac effects.

I remember Dhara Kivlehan and how her doctor told her husband as she went undiagnosed of a fatal liver disorder that it was harder to diagnose Indian people with jaundice, a key indicator of liver failure.

I remember all these women, their partners, and their families and how they were not only mistreated appallingly by the Irish maternity system in life, not permitted as pregnant women to have the final say on their own bodies because of the existence of the 8th amendment, and how further indignity and injury was heaped upon their grieving families by the Irish state and maternity hospitals in refusing to address properly the causes of their death, apologise for them or treat their partners with the respect they deserved.

I remember and I fight for change that sometimes seems as though it will never come, especially on days like today where the darkness closes in early and the memory of the horror and outrage and grief of 4 years ago weighs heavily on me. But I do fight.

I said this last year, and the year before; I say it again this year, and will every year until everyone in Ireland with a womb owns their own body.

At 1.09 am, 4 years ago, Savita Halappananvar died in Galway University Hospital, 6 days after she had been refused a termination https://t.co/wdNmQ6y4kd

To mark this very sad anniversary there’s a vigil at 6pm at the Spanish Arch how I’d love that things have changed, but we fight on #Savita

We will not let her death have been in vain. We will #repealthe8th in her memory. We will NEVER let something like this happen again #Savita

A candlelit vigil for Savita will happen at the Spanish Arch in Galway at 6pm this evening. 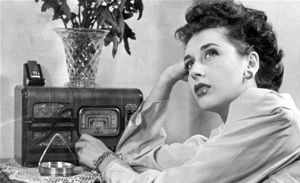 Oireachtas Retort has takes  in-depth look at the relationship between legacy media such as RTÉ, and the Catholic hard-right, with a specific eye on marginalisation of women’s voices.

It’s a long read at the link below, but worth the prolonged grabbing of tay.

When news of the Miss X broke in 1992, An Taoiseach Albert Reynolds stood in the chamber to make a statement on Ireland’s injunction of a fourteen year old girl. There were just eight women TDs at the time and the two who tried to speak were ruled out of order by the Cheann Comhairle.

After over 21 years, a government passed legislation in line with that Supreme Court judgement which had been upheld by the people not once but twice.

From that January through May, no law in our lifetime was ever given so much time in parliament but it was not until the final stage of the final night in 2013, after months of supposed debate, that someone read onto the Dáil record part of evidence given by a then teenage girl during the X Case.

She had been absent throughout. She was not alone, government also excluded the D Case from consideration. Deirdre Conroy was absent until waving her anonymity in 2013 stating that what happened to Savita Halappanavar “was the final straw”.

Ahead of the 2002 referendum she had previously published an pseudonymous open letter the Taoiseach asking to be listened to. Here she was again three Taoisigh later.

There is no reason why anyone in her circumstances or any other should have to forfeit so much to be heard in Leinster House.

In public houses where there is considerably less drinking and antisocial behaviour, places long considered and marketed as the heart of Irish social life, women were routinely banished to a snug if they were served at all.

One way or another, women were absent. Through the law and much more, women’s views, experience and decision making was kept out of sight where it was less likely to intrude or contribute….

On the Importance Absence And Nuisance Oireachtas Retort

So 5 hours in to meeting, cllrs have voted to support a referendum to repeal the 8th amendment – the constitutional ban on abortion #corkcc