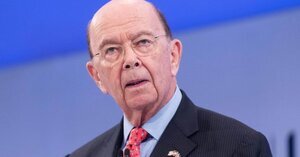 This morning at 11am at Buswells Hotel on Molesworth Street, Dublin 2, Mr Flanagan will launch the report, by Cormac Butler and Ed Heaphy, entitled ‘Did the ECB and the banks collude to hide losses, thus distorting their own balance sheets?’

Meanwhile, an article by Hannah Levintova was published in Mother Jones on Tuesday. Ms Levintova contacted Mr Ross for a comment and sent him the report.

After the article was published, Mr Ross sent the following response to Mother Jones.

The Mother Jones article about Bank of Ireland is a factually incorrect effort to smear me. The report they reference was commissioned by a single member of the European United Left-Nordic Green Left, whose original member parties included the French, Italian, Portuguese and Greek communist parties. Here are the facts:

The shares purchased by WL Ross Funds, and also by Fidelity Funds, Capital Research, Fairfax, and Kennedy Wilson, were the unsubscribed portion of a rights offering made available to the Irish Government and public shareholders on the preferential terms.

We bought them at the same price they were offered to those other public shareholders. The government at the time had designated a majority of the Board of Directors and was the largest shareholder. The investment bankers appointed by the government were world class firms and it was their obligation to assure proper dissemination of all material information.

The report’s author implausibly says that I learned of what he calls improper accounting during the due diligence and used that information to get a cheap price. This is an obvious non-sequitur, given the process described above.

The Bank’s basic accounting used IAS39, as required by the regulators, and was reviewed by PwC, the Bank’s outside auditors. The Bank’s financial statements were reviewed in excruciating detail by the Irish regulators, the ECB, the SSM, and the IMF.

The Bank also issued a variety of securities at different points during WL Ross Funds’ ownership. Due diligence was performed in each case by the investment bankers and the purchasing institutions. They clearly found nothing wrong.

When we sold the last block of WL Ross Funds’ holdings, other investors such as Fairfax, which had representation on the Board, decided not to join in the sale. The stock subsequently traded at a much higher price.

The report incorrectly says that there were official confessions of improper accounting in May 2015 after the final sale. In fact, the Bank reported earnings for 2015 of 947 million euros, 161 million euros more than in 2014, when WL Ross Funds sold the shares. Earnings in 2016 also were higher than in 2014.

If there actually had been a confession of accounting wrongdoing in 2015, it would have had to be reflected in the financials.

The report also brings in the Ocwen litigation, an irrelevance at best. That case was settled at no cost to me and I never even was called to appear in court. It clearly was mentioned as a smear to imply that I had done something wrong — this is simply not the case.

Yesterday: He Sold Us Short