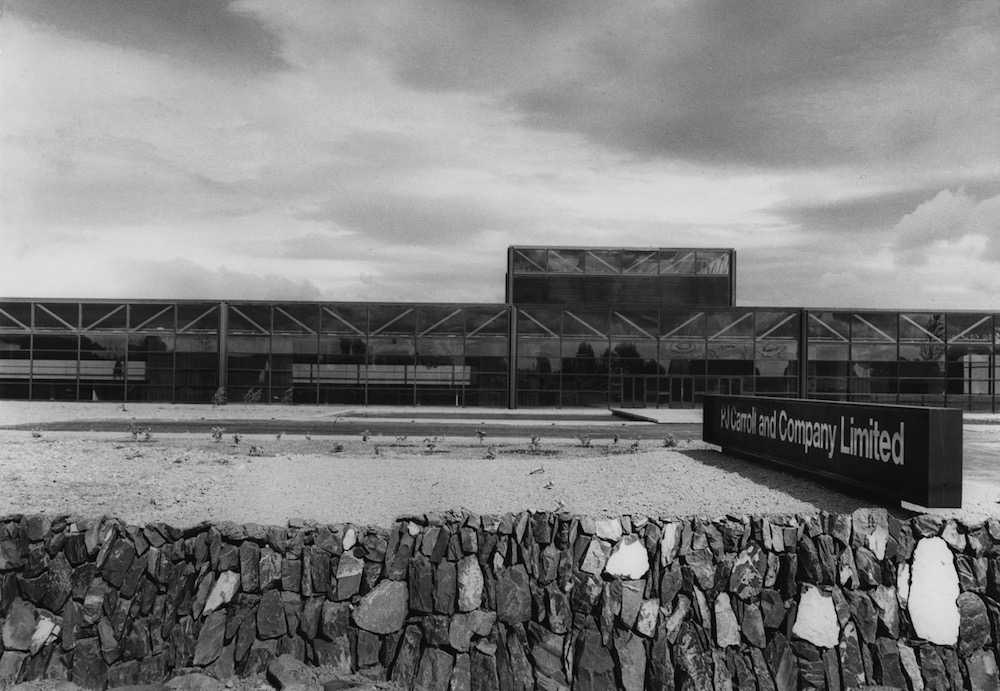 Back in 2013 myself and Shane O’Toole filmed an interview with Ronnie Tallon – the most prolific architect in 20-century Ireland, and one of its most discerning – about his masterwork, the former Carrolls Cigarette Factory in Dundalk (top) – now, half a century later, an Institute of Technology.

This (above) is our recently completed short documentary from this interview, filmed shortly before Dr Tallon’s death in 2014, where he talks about why he loved the square shape for the infinite freedom it offers within fixed constraints….