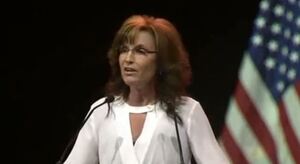 In a speech at an NRA (National Rifle Association) event yesterday, one-time vice-presidential candidate Sarah Palin (not Tina Fey) said with regard to America’s enemies:

“If I were in charge, they would know that waterboarding is how we baptise terrorists.” 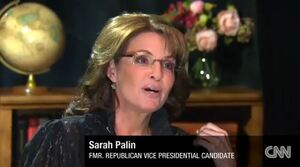 Is the Pope kinda too liberal?

Former Republican vice-presidential candidate Sarah Palin had this to say about Pope Francis when asked on CNN:

“I’m kinda trying to follow what his agenda is. You know I’m surprised that he came out with a couple of things in the media that but then again I’m not a one to trust the media’s interpretation of somebody’s message. But having read, there were media outlets that he’s had some statements that to me, sound kinda liberal and that’s taken me aback. It’s kinda surprised me. But there again, unless I really dig deep into what his messaging is and do my own homework I’m not going to just trust what I hear in the media.”

Previously: Is The Bear Catholic? 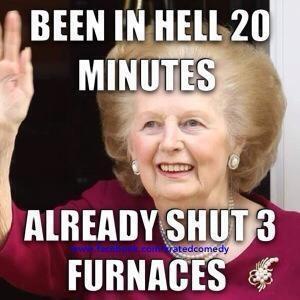 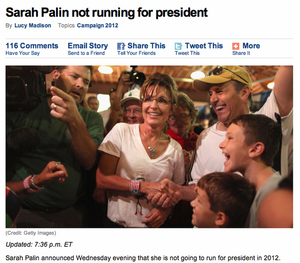 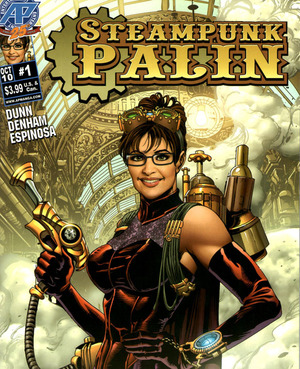 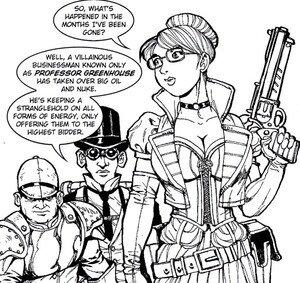 Oh, it’s real. And it’s wrong in ways you probably didn’t even realise were ways.

This book contains fifteen pages of story, followed by eight pages of pin-ups of Sarah Palin. If you actually felt a little sick start to crawl up the back of your throat when your first saw that, I can guarantee you weren’t the only one.