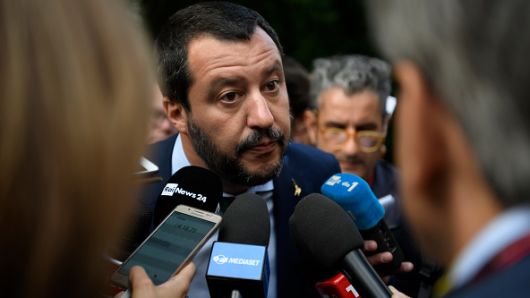 Italy’s populist government is standing firm on its new budget proposals, but it could now pay the price for doing so with the EU launching disciplinary measures against the country.

The European Commission — the EU’s legislative arm — said that Italy’s 2019 draft budget does not comply with the EU’s requirement that member states work to reduce their debt piles.

As such, the Commission will now launch what’s known as an “Excessive Deficit Procedure” that could lead to Italy being fined.

Italy’s Deputy Prime Minister Matteo Salvini remained defiant after the news, saying he will talk to the Commission “politely, as always, but will carry on.”

Who would want to leave such a club?