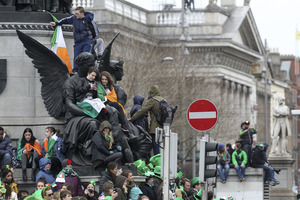 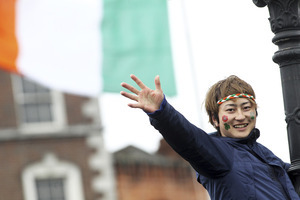 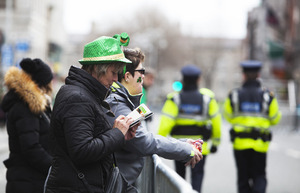 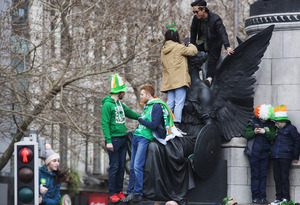 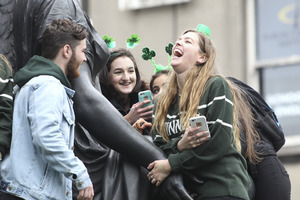 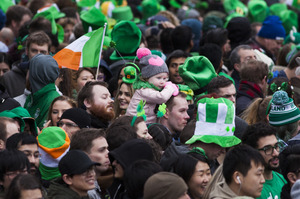 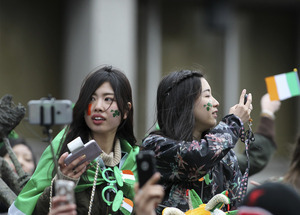 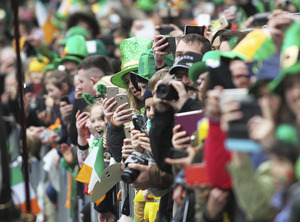 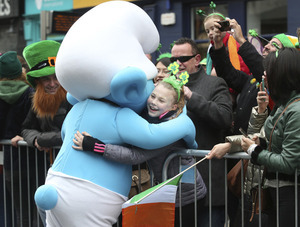 Some of the thousands of ‘revellers’ lining the streets of the capital to watch the St Patrick’s Day Parade 2017. 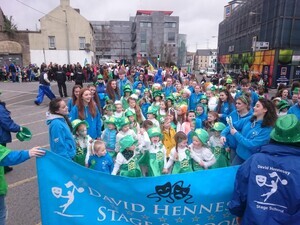 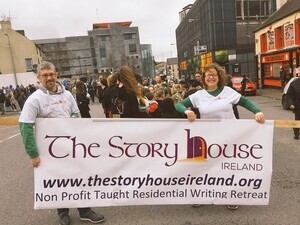 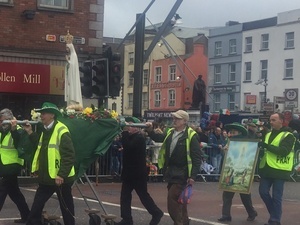 ….it must be time to put an end to the religious “floats” in the parade?? They’re not much craic! There were two in particular today that were really a buzz kill in the middle of the parade,,, 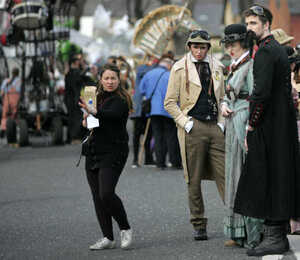 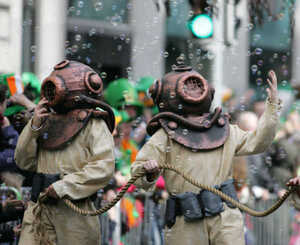 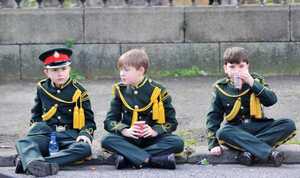 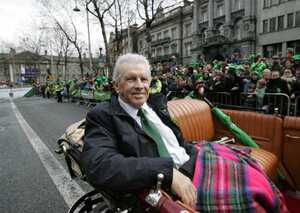 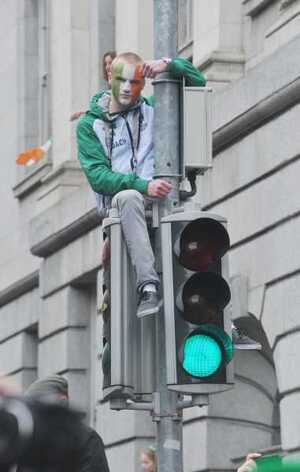 Or indeed this happy pair: 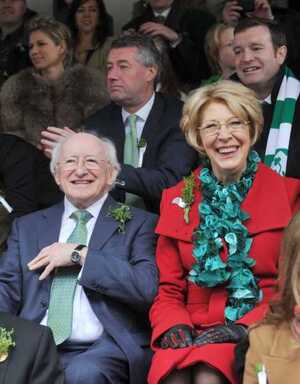 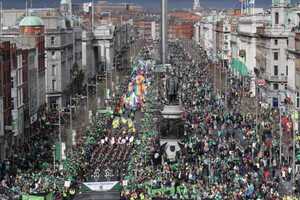