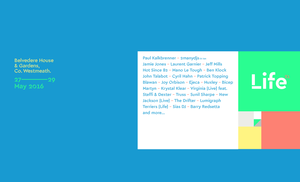 Ireland’s leading electronic festival heads into its eleventh year (with requisite hashtag – on point, as the kids say) with an assortment of Irish and international heavyweights, including 2manyDJs, Laurent Garnier, Mano LeTough, Blawan, New Jackson and more. Early bird tix are all sold out, but weekend passes are available at the fest’s website.

An unabashedly DIY, family-run fest in the Co. Kerry village of Killorglin, K-Fest‘s lineup is still in the confirmation stages for this year. With a mixture of music, visual art, drama, spoken word and family entertainment, the door is wide open for applications across all genres and mediums. 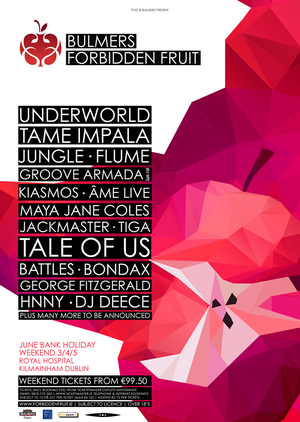 Must… not… make… in-cider references… 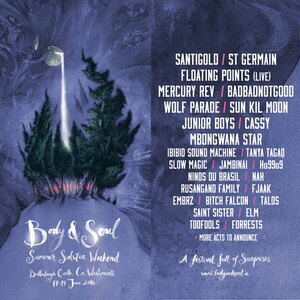 Possibly the most quietly impressive of this year’s summer lineouts, Body & Soul returns with Santigold, St. Germain, Floating Points, Badbadnotgood, and Mercury Rev at the top of the bill. Meanwhile, just look at the Irish talent: Rusangano Family, Bitch Falcon, Talos and Saint Sister among others. Final-tier tickets are still on sale – get ’em while they’re hot. 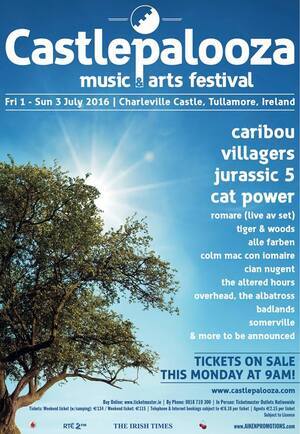 Last week saw Castlepalooza announce its first round of headliners just as the election frenzy descended upon the media, and the job’s a good’un with Caribou, Villagers & Jurassic 5 headlining. The undercard is peppered with rising propositions, too, including Ireland’s finest psychedelic rock band, The Altered Hours, newly-folky troubadour Cian Nugent, and post-rockers Overhead the Albatross. A strong opening salvo.

Hassle in the castle 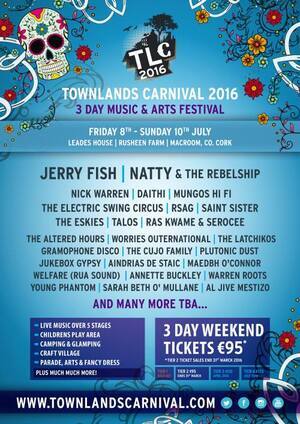 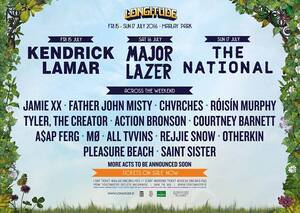 Ireland’s most doggedly independent weekender celebrates its tenth anniversary this year, with tickets for the weekend still available alongside a handful of Sunday day passes. Family-friendly shenanigans abide, with art and other activities all over the campsite. The musical line-up is still under wraps for now, but in keeping with Knockstockan tradition, it ought to feature Irish independent music’s best and brightest.

Can anyone think of a music pun that involves the word ‘knockin”?

Cork city centre’s ridiculously packed annual calendar of festivals continues apace with the announcement of the second annual 96/1 (pronounced ’96 over 1′). Last year saw 96 bands sprawl out into traditional and non-traditional venues and spaces around the island area of the city in one night, with all performances for free. This year sees the idea spread over two nights, with submissions for bands now open at the email address in the banner.

I suppose a ’96 Quite Bitter Beings’ reference would be inappropriate.