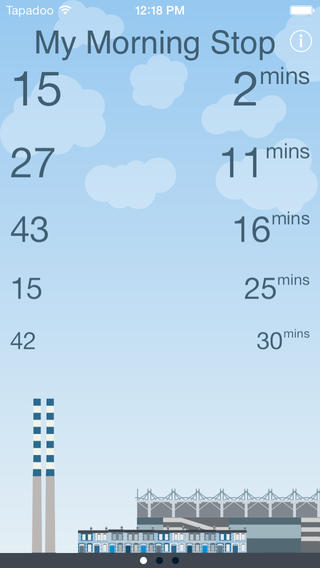 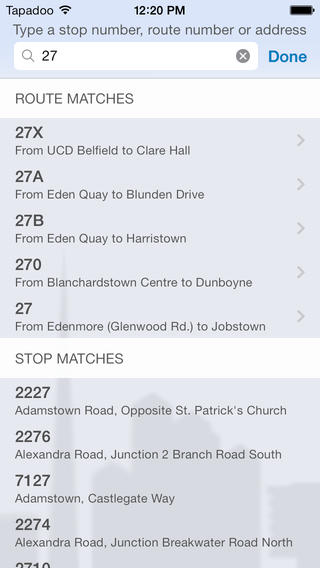 We’ve featured Tapadoo’s original version of this app before but their new iOS 7 only version is worthy of a post of its own.

Completely redesigned, it raises the bar for transport apps both is terms of looks and ease of use. It takes a minimal amount of taps to set up your stops and once that’s done you’ll get all the information you need at a glance.

It certainly beats the pants off the official offerings.

They’ve even included a few easter eggs for you to discover but they’re not saying where they are.

We’ve been given 10 free copies to give away: Timetable apps have been a staple of the app store since it opened its doors. They’re often as dull as their subject matter.

But the people in Tapadoo have managed to both make a useful, functional app with a humorous twist

The app follows founder Dermot Daly‘s mantra to perfection – do one thing well.

A couple of taps and your daily commute buses can be set up so there’s no fiddling about every time you want to use it.

In fact, it works far better than Dublin Bus’s own effort or even the signs at the bus stops. When something does go wrong (more often than not the fault of the Real Time Information rather than the app) it will show a southside/northside appropriate error (above) based on your current location.

And how much for a beautifully crafted app like this?

Not a brass farthing.