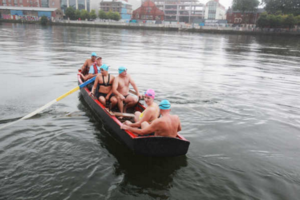 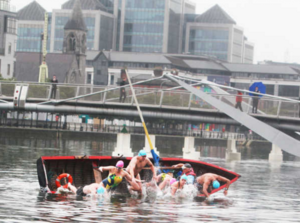 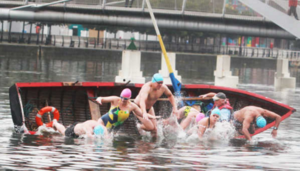 On the River Liffey by the Seán O’Casey bridge.

The men’s race begins at 1.30pm and the women’s race at 2.30pm. More than 400 swimmers will take part in this year’s race. The Dublin City Liffey Swim is organised by Leinster Open Sea, a not-for-profit voluntary organisation, and is sponsored by Dublin City Council.