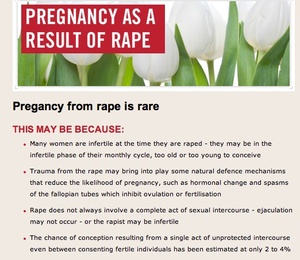 Which has, in the light of recent events, been replaced by this: 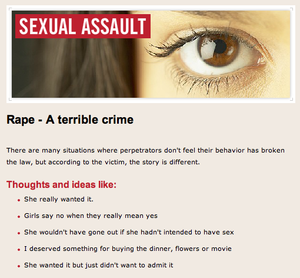 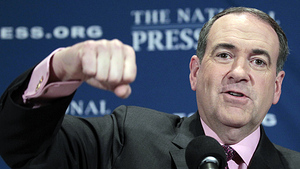 Why is everybody so down on rape? This is what Mike Huckabee (above) wanted to know today, on his radio program, which also featured Rep. Todd “Legitimate Rape” Akin as a guest. For instance, did you know that [jazz singer] Ethel Waters was conceived when her mother got raped? Do you know what a world without rape would look like? A world without Ethel Waters, that’s what. 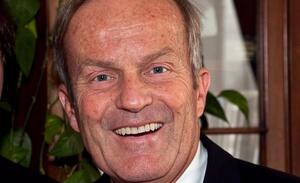 So Todd Akin (above) is a bit of a fool right? Believes the human body will
reject pregnancy in the case of a legitimate rape.

Thinks it’s so rare that there is no need legislating for it?

According to this, the chances of a rape resulting in pregnancy is 5% so not that rare really. So, you would have to be a bit strange to believe what Akin believes, right?

No one in Ireland would seriously think that, surely?

A little research reveals that the site owner is one Clodagh Murphy
and the site is based at 60A Capel Street, Dublin. Home of Youth Defence, Cóir etc.

What’s wrong with these people? 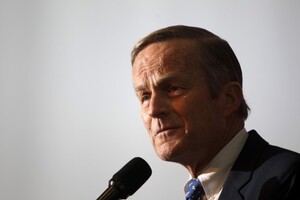 My heart leaps for joy when I see,
Advances in biology,
Now we’ve found an escape,
From “legitimate rape”,
Three cheers for the great G.O.P.