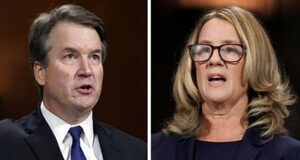 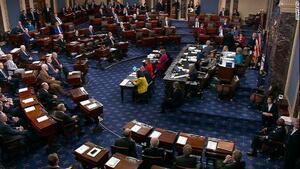 In a procedural vote.

The US Senate voted to advance US President Donald Trump’s Supreme Court nominee Brett Kavanaugh’s nomination to a final floor vote by 51-49.

A yes today may be a no tomorrow. Or it might stay a yes…

Last week, research psychologist at Palo Alto University in Northern California Christine Blasey Ford told a senate committee that a drunk Brett Kavanaugh groped her and tried to take her clothes off at a party in the 1980s, when she was 15.

Ford said she was pinned down on a bed when this happened and that Kavanaugh put his hand over her mouth to stop her from screaming.