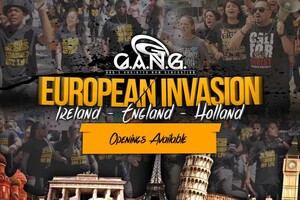 Further to the arrival of God’s Anointed New Generation [GANG] to Dublin.

Went to [trade union] SIPTU about the play by a Christian fundamentalist group in the theatre in their HQ [Liberty Hall]. The staff are lovely and very honest but let’s be totally frank letting a bunch of religious people who in my opinion brainwash poor addicts with religious crap and call gay people “special needs” is just not on.

I met a rep from SIPTU (who was also gay) but I am not impressed. Just because as he said to me there are people who just dislike gay people and it will always be a fact, my response is so what, does not mean we have to tolerate it. It’s only for one night and they didn’t know, that I can accept but think of it, what would [Jim] Larkin say?

I asked could they cancel it but on legal advice they can’t as this Victory Outreach place would ‘take them to the cleaners ‘.

In one last moment of pure parting shot I phoned Store St cop shop as they were running on to traffic handing out leaflets and thus posed a danger under the road traffic act. Ill lodge an objection via my union tomorrow. No one should have to tolerate this medieval bollix…

Yesterday: The GANG’s all Here