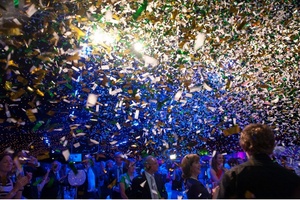 The organisers of the Volvo Ocean Race grand finale in Galway have sought a Government ‘bail-out’ to help pay off the €400,000 they owe up to 60 suppliers.

And Let’s Do It Global have said they cannot guarantee all creditors will be paid, and conceded the company could be threatened with liquidation.

It’s understood that Fáilte Ireland has already refused a bailout, and a total of up to €300,000 is now being sought from the Department of Transport and Tourism and Dept of Agriculture, Food and the Marine. 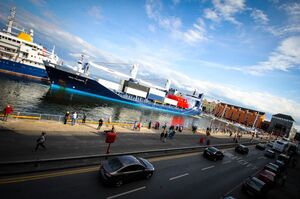 The view outside my apartment [on the quays] as the Volvo Ocean Race cargo arrives.