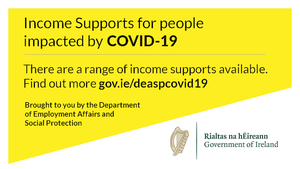 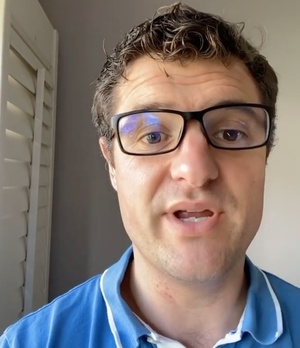 Financial planner and author of How To Be Good With Money Eoin McGee warned listeners who are signed up to the COVID-19 Temporary Wage Subsidy Scheme that the payment is taxable and that they may face a tax bill at the end of the year.

Mr McGee’s contribution to the radio show followed Mr McGee posting a video about the same on social media.

This morning, he told Mr O’Rourke:

“People do need to be aware that there is tax due on this. This is not a tax-free payment. There is tax due on it. Nobody is collecting on your behalf right now and what I would say to people now is that the right thing to do here is to take, about 30 per cent of it is a reasonable number.

“So for every €100 you’re getting, put €30 of it aside, put it in a little war chest if you want to call it, so that if the taxman comes looking for it you can give it back in one go. That’s the ideal thing to do here.”

“…I think, you know the problem is Seán, I think that the reality here is that if you’re employer is signed up to this, they’re trying to protect your long-term future in that business and they have concerns and they are being diligent about making sure that they can keep the show on the road.

“The reality is that the alternative for your employer could have been that you didn’t have a job at all and, I just, there are people in that position as well, and they will probably sign up to holding back 30 per cent.

“I know this is hard, I know people are getting a real cut in their wages but what you don’t want to do is rob from the future to look after today. You don’t want a problem. You don’t want to get out of this and then have another problem faced with to try and pay the money back.”

During his discussion with host Seán O’Rourke, Mr O’Rourke read out a statement from Revenue which stated:

“Temporary Wage Subsidy Scheme payments are liable to income tax, USC and PRSI. However, the subsidy is not taxable in real time through the PAYE system during the period of the subsidy scheme. Instead, the employee will be liable for tax on the subsidy amount paid to them by their employer by way of a review at the end of the year.

“Where a PAYE worker owes tax, it’s normal Revenue practice to collect any tax owing in manageable amounts by reducing tax credits for a future year or years in order to minimise any hardship.”

“People don’t realise if your tax credits get adjusted next year, you are going to pay more tax next year because of the tax you didn’t pay this year. Take a proactive approach and put the money to one side if you can at all possibly do that.”