V For Vendetta writer Alan Moore and artist David Lloyd have admitted in interviews that they’re tickled that the titular character’s Guy Fawkes has become a protest standard. But Channel 4 went one step further and took the hirsute master to Occupy London to meet the masquerade. 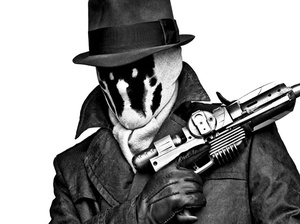 The Rorshach Mask $35. Styled to match Jackie Earle Haley’s Watchmen character. Impregnated with non toxic fabric ink that reacts to the heat from the wearer’s breath. 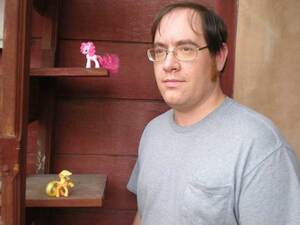 Luke is one of the Bronies (bro ponies): an internet nerd sub-group you never knew about and now wish you didn’t. The above mashup of Watchmen and My Little Pony is just one example of their work.

Every nerd has a favorite TV show they watch religiously and know inside and out. But My Little Pony seems like an unlikely object of fanboy love. Since the show debuted last fall on cable channel Hub TV, it’s attracted a growing number of male fanatics. Their love of the show is internet neo-sincerity at its best: In addition to watching the show, these teenage, twenty- and thirtysomething guys are creating pony art, posting fan videos on YouTube and feeding threads on 4chan (and their own chan, Ponychan).

They also risk life, limb and being trolled to death on the /co/ board to fawn over a small gaggle of ponies with names like Twilight Sparkle, Fluttershy and Rainbow Dash.