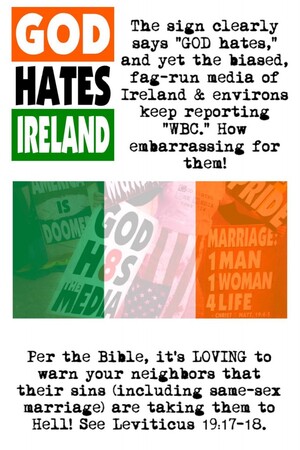 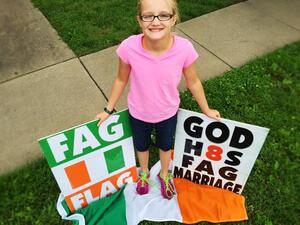 Quiet down, ya bloody eejits! We can burn your Irish flag to help bring clarity: IRELAND IS DOOMED! @CiaraFlaherty pic.twitter.com/Ds78AvOTBN

It seems to be escalating. 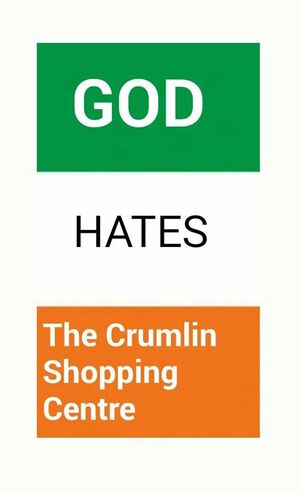 This is deeply upsetting, The Westboro Baptist Church just sent me this… 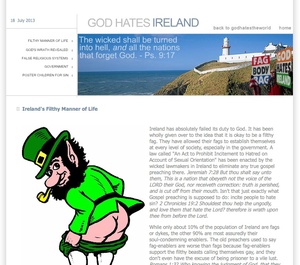 “Ireland is a land of vile, feces-eaters and anus lickers and those who have pleasure in them – all of whom are abominations to God and headed for Hell. Deal with it!”

Those cheeky scamps the Westboro Baptist Church has a site that maps their love of the world. Here is the Irish page… 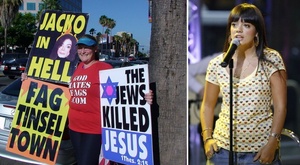 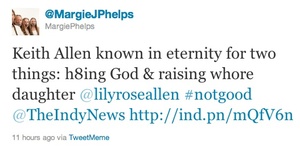 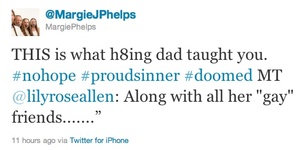 This weekend, (apparently reminded of a certain Keith Allen documentary by this Independent profile) Margie J Phelps, daughter of Westboro Baptist Church patriarch, Fred Phelps, attempted to engage Lily Allen in Twitter combat, only to be utterly outclassed in every respect.

Doubtless, the fragrant Margie wouldn’t see it that way.

Westboro Baptist Church vs Anonymous. The story so far:

Last Wednesday, an open letter to Westboro Baptist Church appeared on Anon News, a site used by the hacktivist collective, Anonymous. On Saturday, WBC shot back with its own open letter to Anonymous (above), and a bonus tweet from Megan Phelps Roper – granddaughter of WBC founder, Fred Phelps:

Today, things are less clear, with Anonymous claiming selective amnesia and even suggesting that WBC hackers planted last Wednesday’s opening salvo on Anon News themselves. Haters hacking hackers? Trolls trolling trolls? At this point, anyone’s guess is as good as anyone else’s.