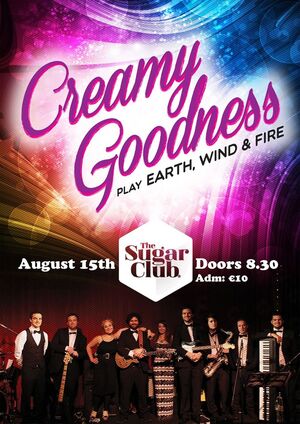 After the love has gone.

What used to be right is wrong.

“Irish funk band Creamy Goodness [above performing Boogie Wonderland] set out to play the incredible music of Earth Wind and Fire tonight in the Sugar Club, [Leeson Street, Dublin]. This will be performed by an eleven piece band chocfull of the best musicians, composers and obsessed fans of Earth Wind and Fire. It’s compulsory all funk fans should attend, especially ones who want to hear September played by an eleven piece band. 10-er in, 9pm start and support from Jesse Heffernan and James Keating on the decks afterwards until late. Come along!”

You’ll be in your element.