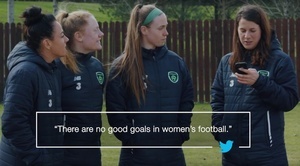 And ahead of upcoming World Cup qualifiers against Slovakia and the Netherlands.

Released in line with International Women’s Day, the latest #TheCallUp video from Three focuses on dispelling the myths around women’s football.