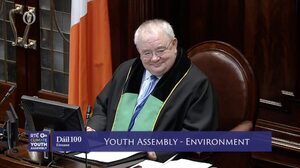 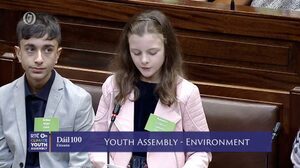 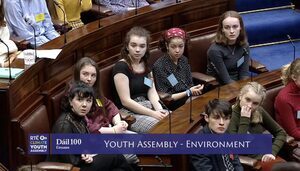 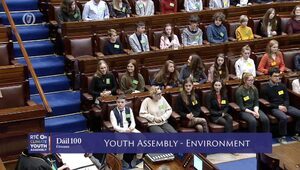 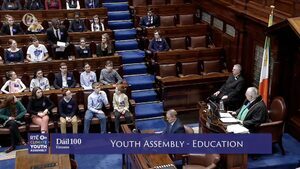 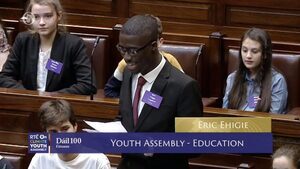 ‘The fact that we are sitting in [TDs’] seats today should serve as a massive embarrassment to them … as they have embarrassed this country on an international level when it comes to climate action.’ | https://t.co/R7I13q4fRb | #RTÉOnClimate #YouthAssembly pic.twitter.com/s9zEXmL40j

Ireland’s first Youth Assembly on climate change is taking place involving 157 delegates, ranging in age from 10 to 17, from across Ireland.

Meanwhile, on Today with Seán O’Rourke, presented by Miriam O’Callaghan…

A boy called Paddy, aged 10, who’s taking part in the assembly and who will be talking about the use of single-use plastic bottles, told Miriam:

“Well, it’s kind of, it’s like, you see this on TV. I’ve watched some of the Oireachtas TV before. And you think, like, you’re in there and it’s like a basin of politics squashed up and made into a stew.

“The chairs are all really, like, comfy and, really old, parliament-ish.

“I feel extremely excited. One because it’s the Dáil and two, because this is a chance to make a change in our civilisation.

“And we have to do it, unless you want to move to another planet. I quite like this planet.”