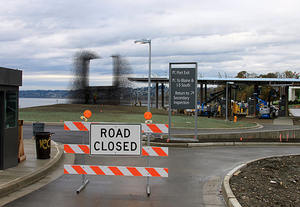 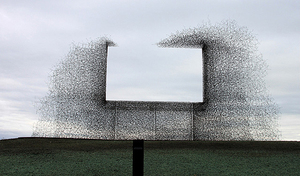 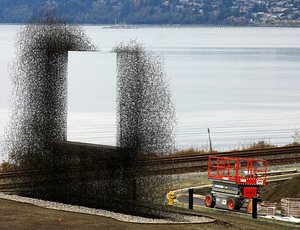 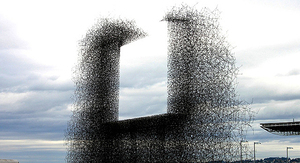 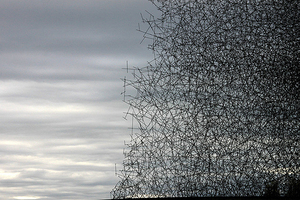 This sculpture, located on the border between the U.S and Canada near Vancouver, was created by Lead Pencil Studio.

Titled Non-Sign II, the piece was commissioned by the U.S. government. The artists behind it are Annie Han and Daniel Mihalyo, who’ve won numerous awards for their work over the last decade. The pair carefully twisted metal to give the appearance of a ghost of one of the billboards that populate the area.

Han and Mihalyo told The Stranger that they hope the sculpture will add a bit of awareness to the signage landscape in the border zone, as it flies past the inhabitants of passing cars.