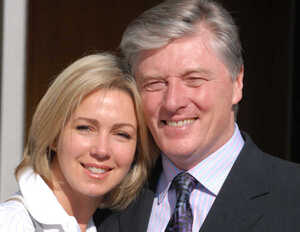 But the 61-year-old star of TV and radio insisted he would never “put a gun to RTE’s head” and accepted that, regardless of any negotiations, his and other presenters’ fees would inevitably drop further.

“I’ve done my bit as you can see from the comparison but this is part of a process.

“There is only one way these are going and it’s down,” Mr Kenny told the Irish Independent about presenters’ fees at the station.

Since leaving RTE’s flagship programme ‘The Late Late Show’ in the summer of 2009, Mr Kenny said his workload had increased as host of RTE’s ‘Frontline’ debate programme, as well as presenting the ‘Today’ programme on RTE Radio 1.

“In spite of these changes, I now work harder than I have ever before. People see what I do. My work is all in the public domain,” he said.

“During the elections, everybody said to me: ‘Is he (Mr Kenny) the only one working in RTE at all? You must never see him,'” she told the Irish Independent.