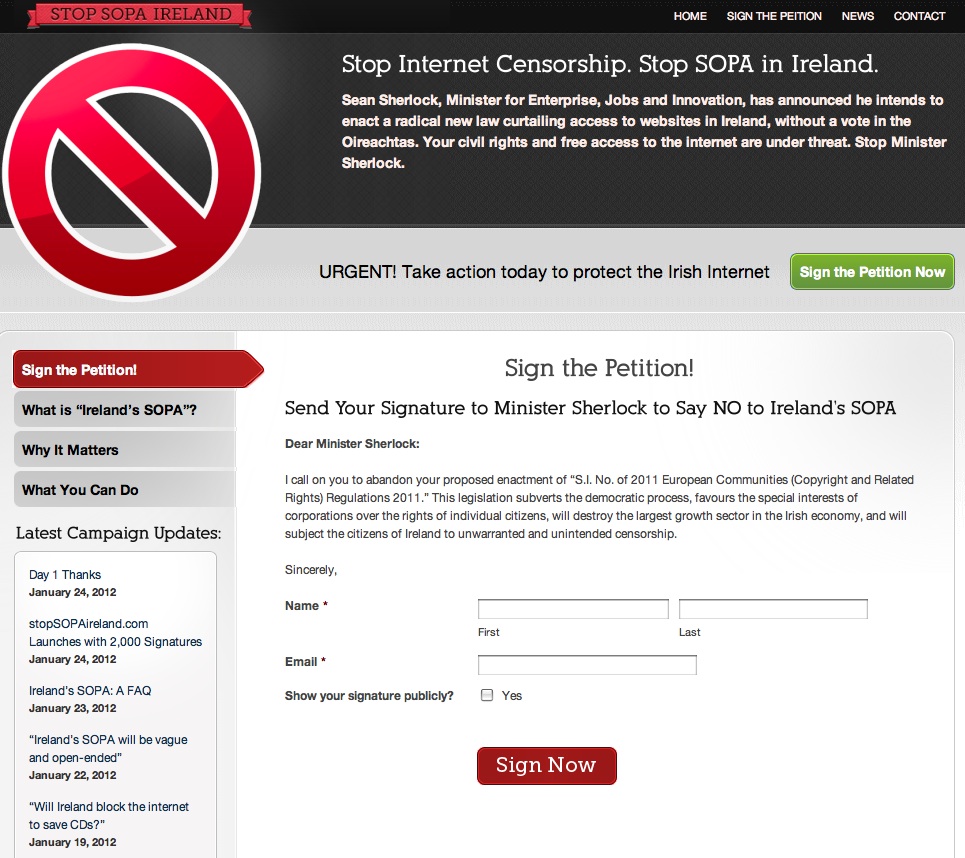 The Stopsopaireland.com site had attracted almost 16,000 signatures by 6.00pm today, having gone live at about 9.30pm last night.

Over 2,000 signatures were added in one hour this afternoon, according to the site’s administrators. They had expected about 5,000 signatures by lunchtime, and no more than 10,000 in total.

…He [Sean Sherlock] said he had consulted with both sides of the debate and had received over 50 submissions following a consulation process. A wording for the new instrument had gone to Cabinet.

He said the Government was trying to ensure that the rights of internet users was balanced by the rights of the copyright holders.

You Can Watch It On The Internet