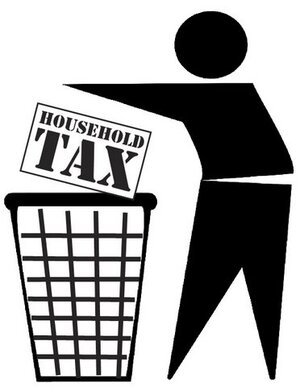 Yes, the Household Charge has made the New York Times:

Among them [not paying the Household Charge] are Gerry McKeever, 56, and his wife, Annie, who moved to the Dublin satellite town of Kildare during the decade-long boom that began in the mid-1990s known as the Celtic Tiger era, and who say their home is now worth less than half of the purchase price. They have two young children, high mortgage payments, child care costs and increasing fuel bills for the 70-mile round-trip commute to work in the capital.

“Many people are sitting tight rather than actively going out protesting,” he said. “This is sullen, peasant discontent in the finest Irish tradition. This is the revolt of the graybeards.”

Perhaps most significant is the coincidence that on the same day the household tax is due, Irish taxpayers will have to pay $4 billion to make good on some of the monumental debts run up by the failed Anglo Irish Bank.