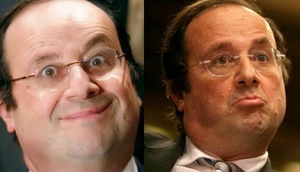 Mr [François] Hollande said if elected he would not ratify the treaty unless a deal was agreed on measures to promote jobs and economic growth.

He also indicated that the result of Ireland’s referendum should not be taken for granted.

“There will be a renegotiation,” Mr Hollande said. “Will the treaty be changed? I hope so. Or another treaty arranged? That is up for negotiation. But the treaty, as is, will not be ratified.”

Mr Hollande noted that three countries had already ratified the pact, but added: “We don’t know the result of the [Irish] referendum. And you know, at times Ireland has been capable of saying No.”

Thanks a pant-load François, as Enda might shriek into his Coco Pops of a morning.