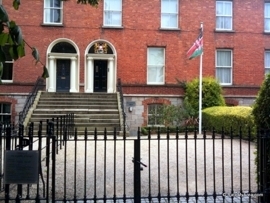 The severing of diplomatic ties with Ireland in favour of Saudi Arabia, the MPs added, was because Ireland was no longer a lucrative political or economic hub. Instead, they said, the State ought to join hands with the Saudi’s because Jeddah is “one of the largest economic and commercial centres in the world”.

Kenya Mission IN ireland ‘Should be Closed Down (Daily Nation)