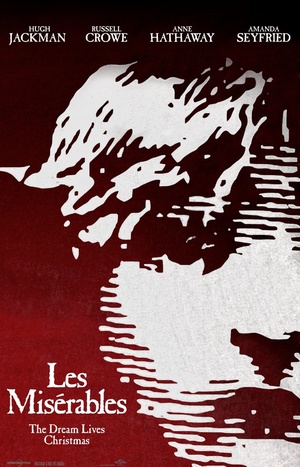 1. If you’re going to have Aussie hard men Hugh Jackman and Russell Crowe face off on screen, it had better be in a goddamn musical.
2. We can’t believe they hired Anne Hathaway over the natural choice for the role, Susan Boyle.
3. Sasha Baron Cohen is in it, but they can’t be arsed putting him in the trailer.
4. Russell Crowe plays Superman’s Dad Jor-El in next year’s unnecessary reboot, thus officially kicking off his fat Brando phase.
5. Yes, Colm T. Wilkinson has a cameo.
6. That song will be in your head for the rest of the day