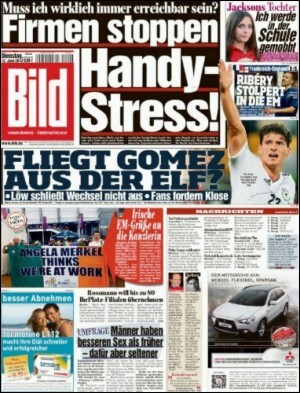 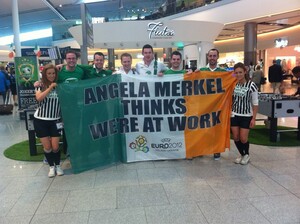 In a front-page piece headlined “Irish Euro greetings to the chancellor”, Germany’s mass-market paper told its eight million readers the Irish were “pulling the chancellor’s leg”.

“Merkel has the reputation in Europe of being a tough-as-nails defender of saving, who doesn’t accept a lack of willingness to suffer. That’s something the Irish see humorously.”

“For their Euro aid package, they promised to work hard. Which they do. Except when it’s the European Championships.”