Singing and yodelling in the queue for the Lufthansa desks at Dublin Airport pic.twitter.com/bJtjFk4B50

BASF SE’s plant in Ludwigshafen is emerging as a symbol of Germany’s opposition to a full embargo on Russian gas amid rising calls to punish President Vladimir Putin for his war on Ukraine. Cutting it off, BASF says, could render its factory—the biggest supplier of the base chemical acetylene—inoperative, sending shock waves through many industries and causing Germany’s economy irreversible damage.

The warnings have alarmed policymakers in Chancellor Olaf Scholz’s administration, which has been scrambling to offset Germany’s reliance on Russia for roughly one-third of its energy.

…Germany could face a €220 billion ($240 billion) hit to output over the next two years should gas supply be severed immediately, according to a joint forecast of economic institutes, the equivalent of a 6.5% annual output cut, tipping the country into a recession of more than 2% next year….

Trump made some outrageous claims about German energy at the UN — and the German delegation’s reaction was priceless pic.twitter.com/izpa2fKC3B

In a stinging defeat for Chancellor Olaf Scholz’s coalition, 378 MPs voted against the bill, while 296 voted in favour.

Scholz, who in late November touted compulsory jabs for all adults as the surest way out of the pandemic, had set a goal of introducing the jabs in “late February or early March”.

….MPs also voted against a motion from the opposition CDU/CSU parties that would have mandated the introduction of a general vaccine register and paved the way for a targeted vaccine mandate for certain professions and vulnerable groups.

Two motions against a vaccine mandate were also voted down in the Bundestag on Thursday.

Germany’s Health Minister Lauterbach had emphasized that a vaccine mandate for people over 60 would reduce the number of COVID-related deaths, in a speech to the Bundestag.

But MPs have now made up their minds: mandatory vaccinations are a no-go.https://t.co/4BcPAFhGME

A board member of a large German insurance company has spoken out over the “alarming” data his company has found regarding Covid vaccine side-effects.

Up to the end of 2021, the German Government recorded around 245,000 vaccine side-effects. However, the analysis by health insurance company BBK ProVita suggests the true figure is up to ten times higher.

A search of the databases of all BBK health insurance companies found that, from January to August 2021, around 217,000 of about 11 million BBK policyholders had to be treated for vaccine side-effects.

Andreas Schöfbeck, the board member who spoke out, told Die Welt:

“According to our calculations, we consider 400,000 doctor visits by our insured persons due to vaccination complications to date to be realistic. Extrapolated to the total population, this figure would be three million.”

That comes out as around ten times higher than the official figure from the Paul Ehrlich Institute, the Government agency responsible for vaccinations.

Moderna President get’s called out on Fox for having the same genetic sequence patented 3 years before the pandemic. pic.twitter.com/JpN6JZjTVd

I made a FOI request for the data showing these 700+ deaths and “days since vax”. It was denied on the basis of “we don’t have the data”. That is BS, of course. The US data clearly shows a relationship between “days since vax” and deaths. This demonstrates causality. 1/2 🧵 pic.twitter.com/Zg8a0W8pMc

Presenter Clara Pfeffer, age 33, became the latest on-air collapse of 2022 as she appeared to faint while urging for mandatory covid vaccinations during a news discussion.

Last week: Knock me Down With A Heather

“We cannot rule this out,” she told Die Zeit weekly. “A shutdown would be grave and clearly a last resort. All other options must be exhausted first.” She added that Germany was discussing with its partners in the European Union how to regulate Telegram.

“What is spread on Telegram is disgusting, indecent, and criminal,” claims the new German Justice Minister.pic.twitter.com/4hGR9UdY8x 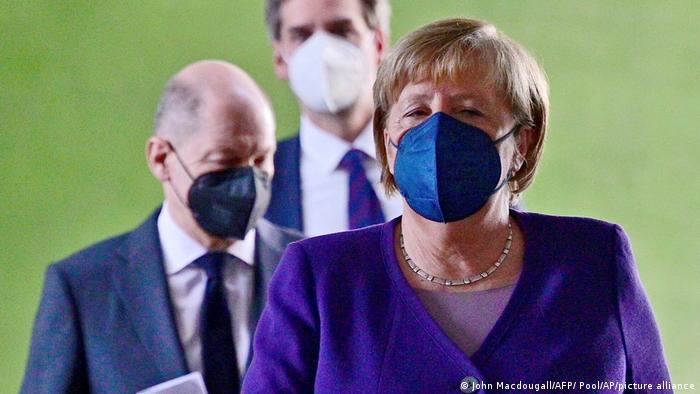 A ‘General Strike’ is called on social media for December 1 in Germany and Austria.