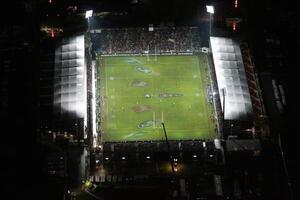 “We’ve got our own drinking culture in New Zealand which we’re trying to sort out and if that’s a representation of what they do in their own country they’ve got big problems over there. I think they just have to understand .. if they’re in Rome do as the Romans do. We don’t drink to a point where we fall over so much in our country.”

Prompting this response from ‘The Irish in New Zealand’: 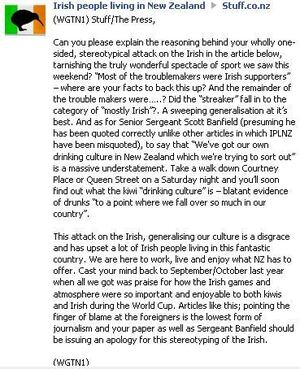 Thanks Eoin Darby and Edward Gash

Meanwhile, BACK IN Poznan Last Night