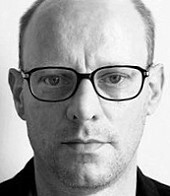 Steven Toast (Matt Berry) is asked to audition for long-running television series ‘Summer Time Murders’. However, the producer has been imprisoned for racial chanting on the set of his own production, so Toast has to audition for the part of a gay corrupt detective during prisoners’ visiting time.

Channel 4’s Withering Report On Enda And The Fiscal Treaty