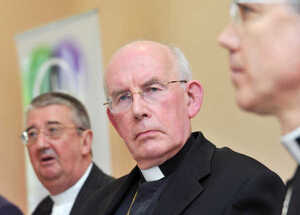 Minister for Communications, Energy and Natural Resources, Pat Rabbitte was responding to comments made on the issue in an RTÉ interview by Cardinal Seán Brady.

When asked how the Church would react if the Government decided to legalise the carrying-out of abortions in this State, the Cardinal said it would launch a “media campaign” and would also be “lobbying public representatives”.

“I don’t have any objection to any of the churches stating its position and making it clear, but I think it would be a retrogressive step if we were to go back to the days of the Catholic Church dictating to elected public representatives how [they] should address an issue that a very large section of our society believes that governments in the past ought to already have done.”

The Minister then returned to his lunch.