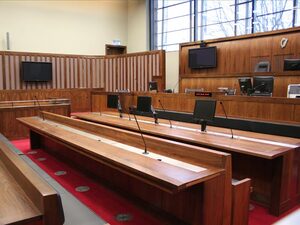 A Louth resident who committed a random violent sexual attack on a teenager as the victim’s friend tried to rescue her has escaped jail on condition he pay €15,000 to the girl.
Graham Griffiths (29) later told gardaí that he felt he was “under some magnetic force” and “it must have been the hormones” that caused him to attack the 17-year-old girl.