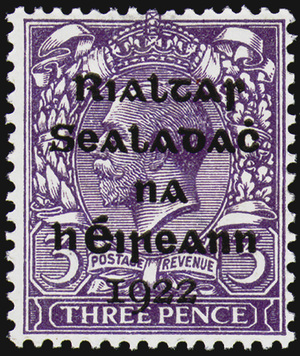 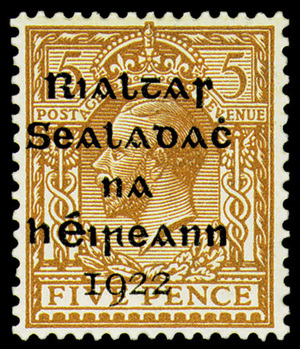 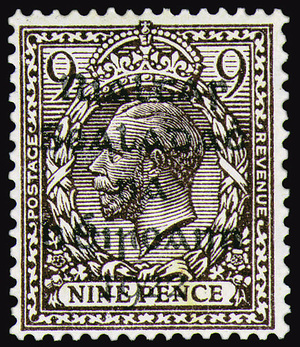 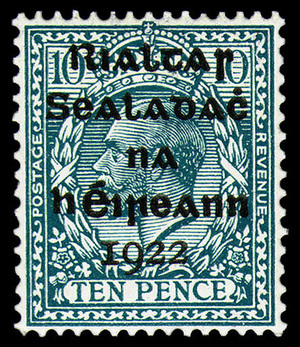 And overprinting began the same day.

A week later, Ireland’s first official postage stamps were made available to the public

Shortly after the overprints appeared, Winston Churchill, then Secretary of State for the Colonies, was questioned in Parliament “whether the King’s head on British stamps . . . had been defaced by being printed over by the Irish Provisional Government . . . .” Churchill responded that “. . . it is the usual practice in a period of transition to overprint postage stamps, and the present arrangement has been agreed to by His Majesty’s Government . . . .”