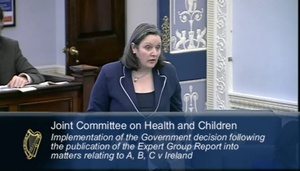 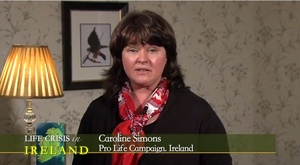 Fine Gael TD Marcella Corcoran Kennedy (top), at the Oireachtas hearing on abortion legislation and Caroline Simons (above) on EWTN.