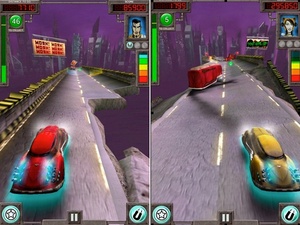 The Jump is set in Monopolis, a dark futuristic city, cut off from the rest of the world after a mysterious worldwide earthquake. The city is now controlled by World Corp who have outlawed fun and sent their evil mob to break up parties…

Free to download on iPhone and Android it’s a fun take on the classic post-apocalyptic drivey/jumpy/collecty format.

Also, apparently this sort of thing counts towards the knowledge economy, so anyone who doesn’t play it is an economic traitor.

Timewaster Of The Day: Drop