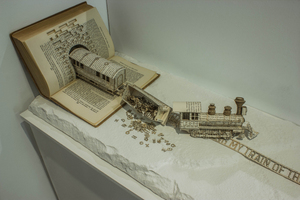 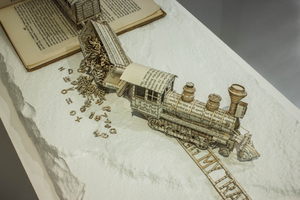 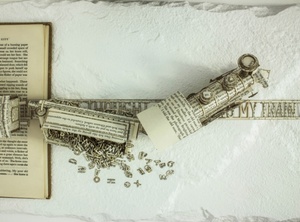 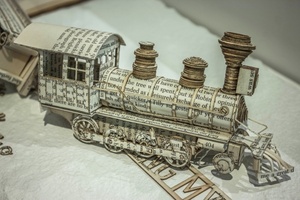 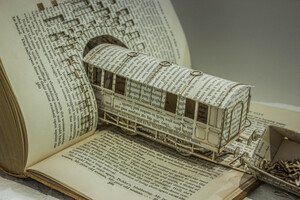 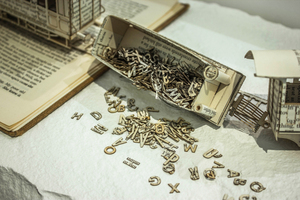 The final book sculpture of my major project series. Like the previous two sculptures it uses a visual metaphor to convey the emotions of obsessive-compulsive disorder, and embodies my research by visualising an expression used by a sufferer of OCD. The expression was ‘derailing my train of thought’, because the person felt that the rituals they had to perform were disrupting their day. Where the compulsions and worry would side track them from doing everyday activities.

To convey this metaphor the sculpture shows a train travelling on a journey that has become disrupted, leading it to derail from its set path. Typography was used on the tracks for the title of the piece, also type was used for the coal. In the scene it shows the coal cart tipping over where the type has become mixed up to symbolise the mixed emotions during anxiety and panic.

Below: the first two sculptures in the series:Drowning From Obsession and Hitting Rock Bottom. 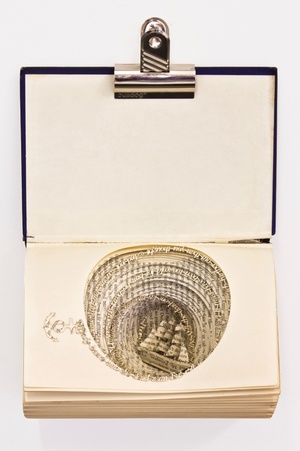 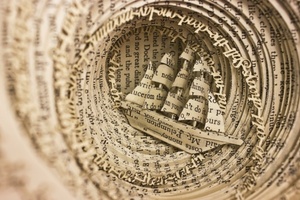 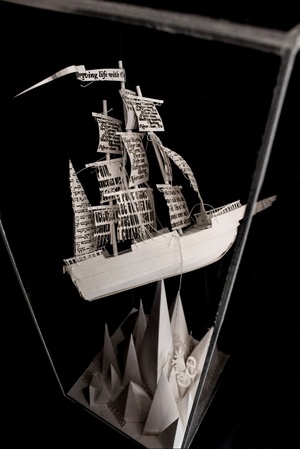 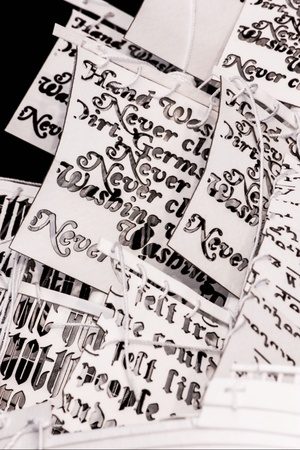 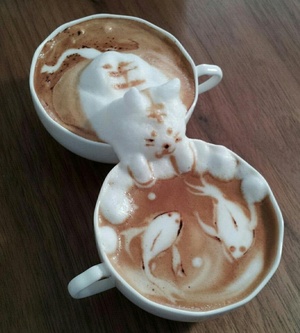 Who Ordered The 3D Latte? 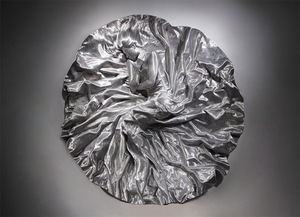 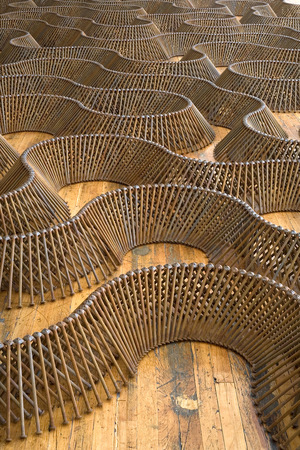 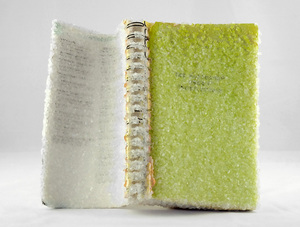