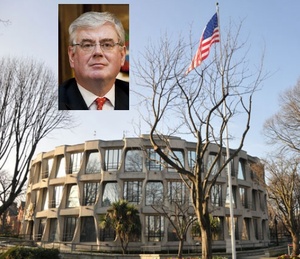 A new campaign video has been released featuring celebrities and activists highlighting the plight of Bradley Manning.

With the commencement of Manning’s trial for leaking confidential information, let us remind ourselves of our own Eamon Gilmore.

And his briefing with officials at the US Embassy, Ballsbridge.

“There is no basis for believing that a second referendum would produce a different result which is any different from the first one.”

Bradley Manning and us: a soldier for truth on trial (Guardian)