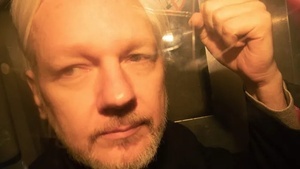 Julian Assange’s sentence is as shocking as it is vindictive. We have grave concerns as to whether he will receive a fair extradition hearing in the UK. 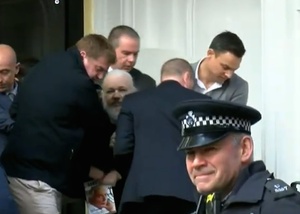 WATCH: Moment Julian Assange is CARRIED out of the Ecuadorian Embassy in London. pic.twitter.com/OEeqmoksGr

A Wikleaks press conference to discuss the arrest.

This man is a son, a father, a brother. He has won dozens of journalism awards. He's been nominated for the Nobel Peace Prize every year since 2010. Powerful actors, including CIA, are engaged in a sophisticated effort to dehumanise, delegitimize and imprison him. #ProtectJulian pic.twitter.com/dVBf1EcMa5

Now that we know Russia didn't collude with the Trump administration, we can let the real investigation start.

Julian Assange is the star witness.

He's NOT a CRIMINAL. pic.twitter.com/ppZHAL7P5u

The latest drop by ‘qanon’ on 8chan

Chompsky: “Bodger, what on earth is this about now?”

Bodger: “A person close to Donald Trump who has been leaving cryptic messages like the ones above on the websites 4chan and 8chan since October 31.”

Chompsky. “Is this what you’ve been doing all Christmas?”

Chompsky: “I thought you were working. Why I haven’t heard about qanon?

Bodger: It’s both fantastically complex and involves them. Events quickened on December 21 following the ecexutive order signed by Trump declaring a national state of emergency and allowing the US Treasury to confiscate property from “corrupt entities” in the US and across the world.

Chompsky: Can you briefly  summarise in graphic form what it’s about? 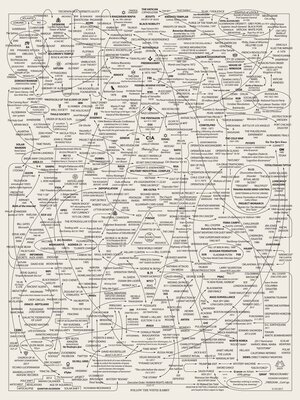 Chompsky: “The doodles of a raving lunatic.”

Bodger: “All will become clear in the coming days and weeks, according to qanon. Meanwhile, can I suggest you follow the twitter hashtag qanon and the reportage of New York journalist vlogger Lionel Nation for updates.”

Chompsky: “You’re on you own Bodge. The site can only take so much ridicule.”

Bodger: “I am sure the readers will appreciate the opportunity to add their reasoned and  thoughtful views on the subject.”

UK states it will arrest Assange regardless & refuses to confirm or deny whether it has already received an extradition request from the US. 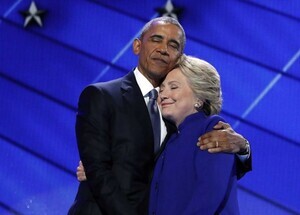 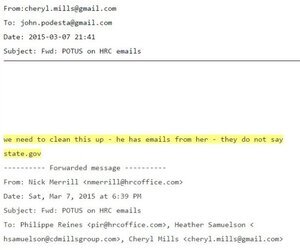 An email from Cheryl Mills of the US Department of State to  to John Podesta, Clinton Campaign chairman, leaked by  Wikileaks this afternoon, indicating that President Barack Obama knew of Hillary Clinton’s private email server, the focus of an FBI probe, despite claiming that he learned of its existence from watching the news. 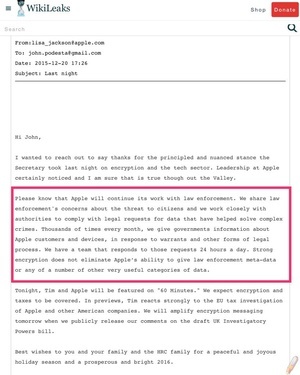 An email from Lisa Jackson, vice president of Apple’s Environment, Policy and Social Initiatives assuring  the Clinton campign of its law and order values. 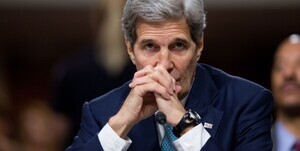 The John Kerry private meeting with Ecuador was made on the sidelines of the negotiations which took place pricipally on Sep 26 in Colombia.

It is claimed that US Secretary of State John Kenny personally ordered the severing of Julian Assange’s internet connectio at the Ecuador Embassy in London leveraging anti-Colombia sentiment among his hosts.

He’s worse than a Dublin landlord.

Not as petty though, to be fair.

“We’ve been bussing people in to deal with you f***in assholes for 50 yrs & we’re not going to stop now.”#VoterFraud https://t.co/2Cdqn3g1jr pic.twitter.com/y467shZnM0 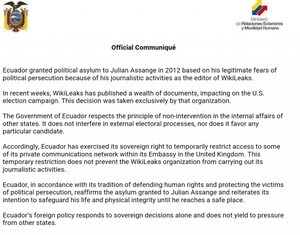 BREAKING: Ecuador admits it cut off Assange’s internet due to his use of it to interfere in the U.S. election. 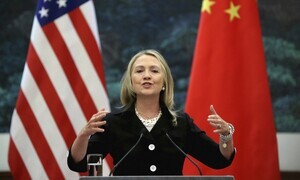 Clinton: US will “ring China with missile defense” and has right to rename Pacific Ocean the “American Sea” (AP) https://t.co/43RR54nZZj

More as they leak it

Yesterday: In The Dumps 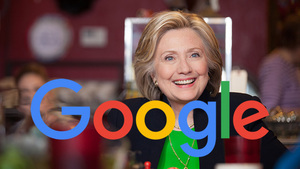 Researcher David Seaman highlights connections between Google and Hillary Clinton (via Wikileaks) and its possible effect on recent You Tube algorithms. 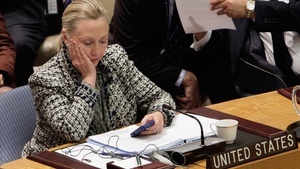 From top: Hillary Clinton at the UN while US Secretary of State; portion of a speech  Mrs Clinton gave to to bankers.

The furious, ongoing WikiLeaks dump of US Democratic Presidential candidate Hillary Clinton’s campaign chairman John Podesta’s emails has gained little traction in the mainstream media, least of all in Ireland.

But what do we know so far?

1. Mrs. Clinton had cosy and improper relationship with the mainstream media.

2. The State Department paid special attention to “Friends of Bill.”

After the massive 2010 Haiti earthquake, a senior aide to then-Secretary of State Clinton repeatedly gave special attention to those identified by the abbreviations “FOB” (Friends of Bill) or “WJC VIPs” (William Jefferson Clinton VIPs), referring to the former president. The emails show Mrs. Clinton’s State Department prioritised and benefited Mr. Clinton’s friends in the $10 billion recovery effort. The State Department also polled the popularity of Mr. Clinton in Haiti and shared the results with him.

3. Mrs. Clinton argued for “a hemispheric common market with open trade and open borders” in a private speech to bankers

4. The Clinton campaign was in touch with Department of Justice officials regarding the release of her emails.

Brian Fallon, Mrs. Clinton’s spokesman and former Justice Department staffer, appeared to have discussions with sources inside the Department of Justice about ongoing open records lawsuits requesting access to her emails while serving as secretary of state. In an email from May 2015, Mr. Fallon said that “DOJ folks” had “informed” him about the upcoming status conference in one of the lawsuits.

5. The Clinton camp was tipped off to the release of the Benghazi emails.

In April 2015, Clinton campaign Deputy Communications Director Kristina Schake referred to a “tip” from a source regarding when the State Department planned to release Mrs. Clinton’s Benghazi emails. Mrs. Clinton’s lawyer Heather Samuelson followed up on the tip, writing: “Latest: Still aiming for Friday, but potential it gets delayed until early next week because still moving through interagency review process. Will check back tomorrow and keep you posted. Quick update on this — DOS says the release of the 300 will likely happen on Thurs or Friday. Will keep you posted as I hear anything further on my end. Thx.”

In a 2013 speech before the National Multi-Housing Council, Mrs. Clinton indicated her public positions may differ with her private positions, because politics is an ugly business.

“Politics is like sausage being made,” Mrs. Clinton said. “It is unsavory, and it always has been that way, but we usually end up where we need to be. But if everybody’s watching, you know, all of the backroom discussions and the deals, you know, then people get a little nervous, to say the least. So, you need both a public and a private position.”

Hacked emails show Mrs. Clinton’s campaign spokeswoman Jennifer Palmieri and other Clinton allies openly talking about Catholics being “severely backwards” and charging that they don’t know “what the hell they’re talking about.” The April 2011 discussion between Ms. Palmieri and John Halpin, a senior fellow at the liberal Center for American Progress, mocks media mogul Rupert Murdoch for raising his children in the Catholic Church and said that most “powerful elements” in the conservative movement are all Catholic.

8. Mrs. Clinton admitted she has a hard time relating to the struggles of the middle class.

In a 2014 speech for Goldman Sachs and BlackRock, Mrs. Clinton admitted her riches and public persona lifestyle isolated her from the financial struggles of most of the country, saying her memories of her childhood is how she connects now to everyday Americans.

“Obviously, I’m kind of far removed because the life I’ve lived and the economic, you know, fortunes that my husband and I now enjoy,” Mrs. Clinton said of relating to the middle class.

9. Mrs. Clinton campaign used Benghazi as a distraction from the email scandal.

10. The Clinton team strategized on how to delay releasing emails, knowing it was against the law.

12. As Secretary of State, Hillary Clinton traveled the globe encouraging countries to adopt fracking technology. This, despite current public views on Climate Change:

14. Mrs Clinton acknowledged that a “No Fly Zone” in Syria — now her stated policy preference — would “kill a lot of Syrians.”

15. Please feel free to share any we may have missed below. 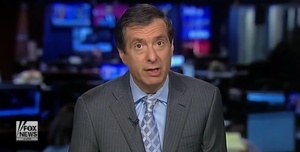 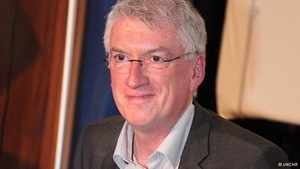 Our Man In Tehran IUNHCR) 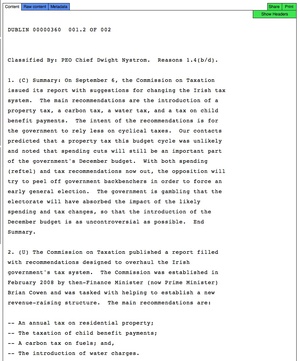 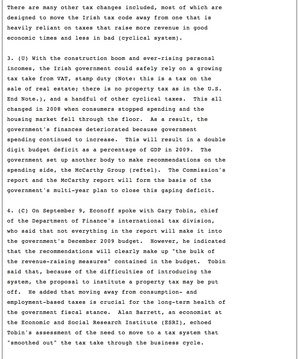 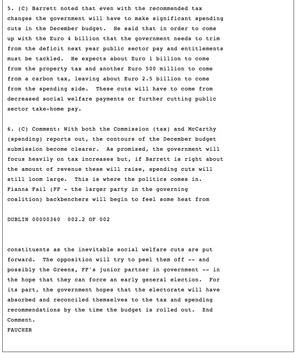 A confidential cable – part of the Wikileaks data dump –  from the US Embassy in Dublin sent to Washington and elsewhere in 2009 outlining Europe’s, the Department of Finance’s and Fianna Fail’s revenue raising possibilities post-crash.

Unearthed by and thanks The Real Zero