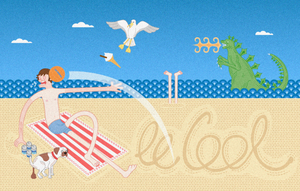 Think of it as a watered-down Portmarnock beach riot scene.

by Conor McIntyre, one half of Digital Beast.

I thought I’d do an Irish beach scene. As I was sketching it out I realised that I don’t like the beach very much as I burn in the sun and hate being sticky with suncream so I decided to draw a nightmare beach scene with all of the negative connotations that the beach conjures up for me. And Godzilla. 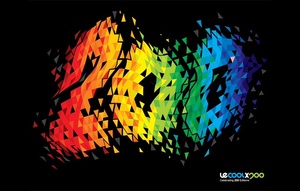