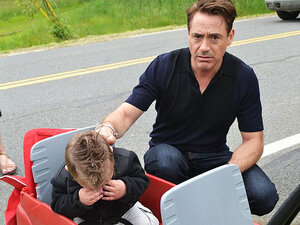 When 18 month-old Jaxson Denno was told that Tony Stark would be shooting a movie near his home in West Massachusetts, he was terribly excited at the prospect of meeting his ironclad hero.

Then Robert Downey Jr turned up in civvies.