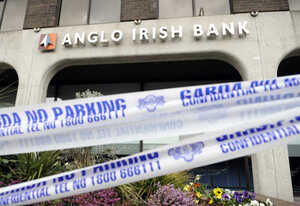 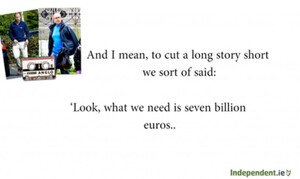 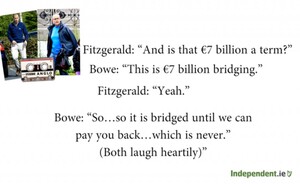 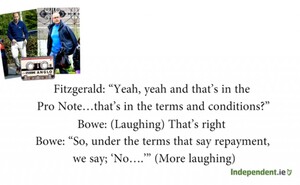 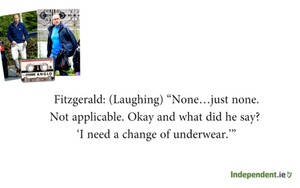 Recorded in the run up to the bank guarantee.

A mere fragment of a transcript of a conversation between Anglo Irish Bank senior managers John Bowe and Peter Fitzgerald from September 2008 revealed by Paul Williams in today’s Irish Independent.

This exchanges (above) occurred following a meeting between the bank and the  Financial Regulator’s office at the Central Bank to assess Anglo’s bad debt exposure.

Mr Bowe is asked by Mr Fitzgerald how they had come up with the figure of €7bn.

“Just, as Drummer (then-CEO David Drumm) would say, ‘picked it out of my arse‘.”

My Work Here Is Done

Notes From A Scandal