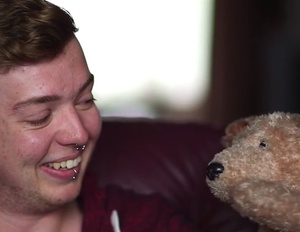 I wonder if you might share our video. This year’s GAZE International LGBT Film Festival opens with a feature film called “Animals”, about a bisexual teenager and his relationship with an imaginary walking, talking teddy bear. Reminiscent of Donnie Darko and Elephant (but not Ted!).

Inspired by this film and to celebrate opening night, we made a short documentary with members of the LGBT community about their own bears, and the memories they represent. If anyone out there just can’t quite let go of their childhood toys or feels guilty about a teddy left alone in the attic, this might interest them.

Will Portman and Natalie Ferrell