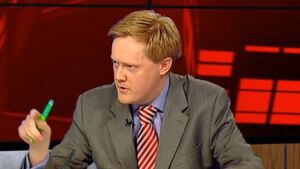 You may recall the row as big as a fight between Irish Independent political editor Fionnan Sheahan and Vincent Browne on TV3’s Tonight with Vincent Browne.

In the presence of his producer, Browne said to me: “As a result of your disruption to the programme tonight, I will do everything to ensure you never appear on here again.”
He raised his voice.
I raised mine.
He pointed a finger at me.
I pointed a finger at him.
He shouted at me.
I shouted at him.
He swore at me.
I swore at him.
Neither side can particularly claim any credit from the incident – I’m man enough to admit that.
The expletive-ridden conversation would definitely have generated quite a lot of YouTube hits if it had been recorded.
He walked off in a huff to his desk in the corner, repeatedly saying: “F*** off.”
My parting shot was to retort: “You can give it but you can’t f***ing take it, Vincent.”
After leaving the TV3 studios, I pulled the car in to ring Fiach Kelly [whose honour he was defending], who found the entire episode hilarious.
As I related the events of the night to him, I began writing down notes of the exchange with Browne, while it was still fresh in my mind, as I anticipated he would deny banning me from the show.

Like all bullies, Vincent Browne can give it out but he just can’t take it (Independent.ie) 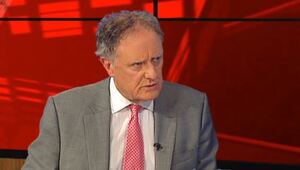 “[Sheahan] said [on air] I hated the Independent and was pro-Irish Times. This went on for a while. After the programme, I said I’d like to talk to him. I was going to say, ‘You cannot come out here and hijack the programme to raise issues not relevant to what we’re discussing.’
I started to say this to him when we went outside and he started shouting.
I said to him that obviously his participation in the programme had caused great stress and I would attempt to ensure there was going to be no repetition of this. He continued to shout at me and I told him what to do with himself. That was it.
“Then, he made a big thing that he was barred from the programme. He’s not barred. We are happy to have him on any time provided we’re satisfied he’s in a fit condition to take part.
“We’d need written affirmation to this effect from three psychiatrists and four obstetricians.”

Interview with Liam Fay in The Sunday Times (behind paywall)