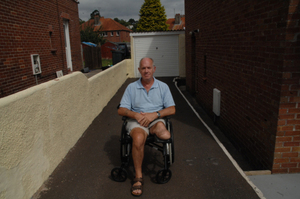 A man with one leg was accused of being a benefit cheat – because officials had examined the wrong limb. Former lorry driver Robert Punter, 63, was hauled before court and accused of falsely claiming benefits despite having his left leg amputated in January. The confusion over his benefit claims was because he also later suffered a serious toe injury to his right foot.

Mr Punter, from Newton Abbot, Devon, made a full recovery from the toe injury but the Department of Work and Pensions (DWP) mistakenly believed he was claiming benefits for it. After worrying about his appearance at Exeter crown court for months, the case was thrown out in less than five minutes after Emily Pitts offered no evidence on behalf of the DWP.

Where The U-Turns Have U-Turns

Anything Good On Repubblica TV

Acting On Your Behalf