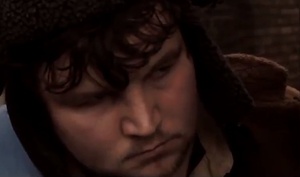 The trailer for Stalker, directed by Mark O’Connor (he of Manifesto, whose controversial ‘call to arms’ we posted about last year) – an ultra low budget feature that was the runner-up Best New Irish Film at the 2012 Galway Film Fleadh.

Stalker will screen this Sunday at the Underground Cinema Film
Festival in Dun Laoghaire.

I Used To Do Your Job