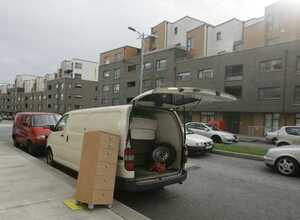 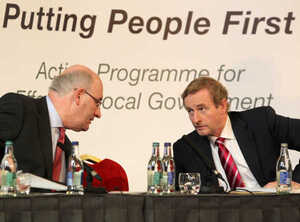 (Environment Minister Phil Hogan and Enda Kenny, above, and Priory Hall in 2011)

Phil Hogan has moved to convene a process with stakeholders to identify fair and equitable solutions for Priory Hall homeowners and for the future of the complex. He has asked senior officials to initiate dialogue including representatives of Dublin City Council, the Irish Banking Federation, NAMA, the former residents and other stakeholders and to report back to the Government within 21 days with a proposed resolution.

Previously: It Was On Enda’s Agenda