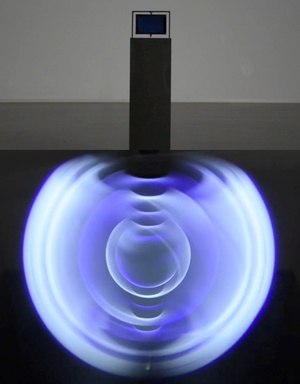 A 3D illusion by Benjamin Muzzin of the University of Art and Design in Lausanne who sez:

I wanted to explore the notion of the third dimension, with the desire to try to get out of the usual frame of a flat screen. For this, my work mainly consisted in exploring and experimenting a different device for displaying images, trying to give animations volume in space. The resulting machine works with the rotation of two screens placed back to back, creating a three-dimensional animated sequence that can be seen at 360 degrees. Due to the persistence of vision, the shapes that appear on the screen turn into kinetic light sculptures. 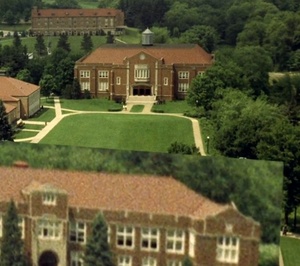 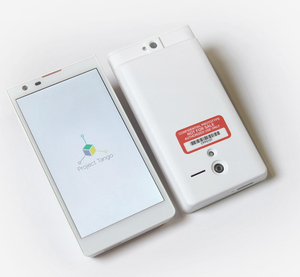 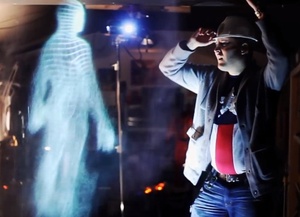