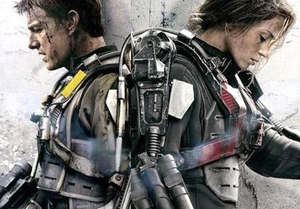 3. If we could live the same day over and over, we’d pick the one where we went to see Oblivion (2013), and go bowling instead.

5. Emily Blunt! Do you get the feeling The Cruiser’s still auditioning for a new wife? Back off, man, she’s already hitched to Jim from The US Office.

6. Broadsheet Prognosis: What next? A Jack Reacher sequel? Yeah, sure – next thing you’ll be telling us that he’s doing Top Gun 2.

Broadsheet Trailer Park: In A World