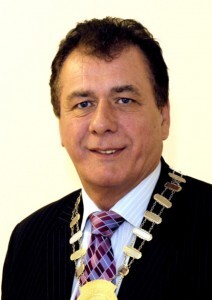 A Fine Gael councillor, who was a strong supporter of Enda Kenny during the leadership heave, has avoided conviction for drink-driving for a second time.

In last week’s case before Longford District Court Councillor Frank Kilbride [above], a former showband star, was charged with failing to provide a breath sample at Longford Garda Station on March 24 last year. The case was dismissed because he was not given options to provide blood or urine samples.

In 2007, Mr Kilbride was charged with careless driving and failing to provide a breath or urine sample after a traffic accident near Granard. Gardaí said they had had to take evasive action in their patrol car to avoid a collision with a car approaching on the wrong side of the road. They said they followed it and moments later found the car the councillor was driving was lying on its roof.

Councillor Kilbride who resigned from Fine Gael last July over the Protection of Life During Pregnancy Bill  and subsequently rejoined the party, hosts his own weekly country music show on Sky 191 and has inspired a tribute song to his driving escapades.

The Fine Gael councillor (and showband legend) who gets off over a second drink-driving incident (Jennifer Bray,Aisling Kiernan/Irish Daily Mail) [not available online]

Any excuse for the unborn babbies.

‘A Message From Caroline Simons At This Important Time’